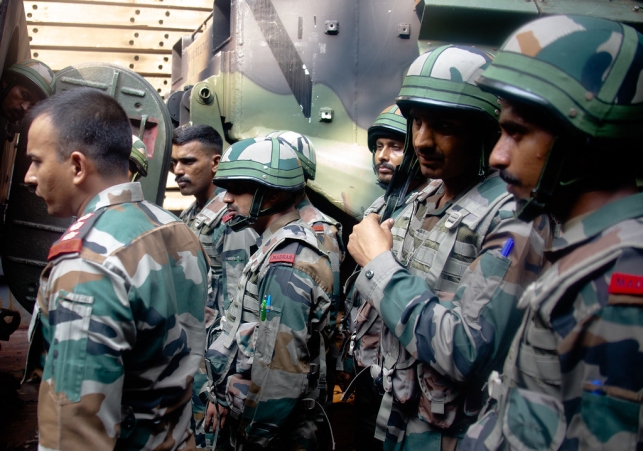 The then Minister of State for Defence, Shripad Naik, in March 2021, in a written answer to a question informed the Rajya Sabha that, a total of 787 cases of suicide,since 2014, have been reported in the Armed Forces, with 591 cases from Army, 160 from the Air Force and 06 from the Navy. The minister also noted that 18 incidents of fratricide in the Army and two in the Air Force have been reported. The scenario is concerning as the jawans of the army should maintain a high level of motivation. Moreover, the stress factor is contributing to soldiers taking their own lives and those of their seniors.

Studies conducted by Committees have highlighted ‘stress’ as one of the chief reasons for suicides in the Army. It has been noted that often the cause for stress on the soldier is - problems back at home. A report by the 31st Parliamentary Standing Committee on Defense in 2010 pointed out that problems at home affect the mental well-being of a soldier. The problems at home include; housing problems, Education of Wards, Marital Discords, Medical Problems of family members, financial and land-related issues.

The shortage of officers in the forces is another concern. Ajay Bhatt, in December 2021, in Rajya Sabha in a written response in Rajya Sabha, had said that ‘currently the Army has a shortage of 9, 362 officers.

KC Dixit, in his ‘Addressing Stress-Related Issues in Army’, writes that, ‘Shortage of officers is leading to greater stress among junior and middle-level officers owing to performing multiple functions in a short span. The author in his report further writes ‘Junior officers tend to over-use their power and tend to pass humiliating comments to their juniors. This triggers the emotion of revenge’.

Absence of Mental health professionals and Dharm Guru - The army has less number of mental health professionals available than required. Dharm Gurus who are appointed to boost the morale, and who act as psychological councillors and mental health mentors in the stress-related environment are not available in all the units. Reluctance to take a psychiatrist help is often attached to stigma in the army, this further prevents a soldier they seek medical help for the same.

Life post retirement – Army personnel join the army at an early age and retire at an early age. This is the time when they are inundated with responsibilities. A retired soldier has to take care of his children, spouse and parents. Further, there is an additional burden of running the family. It is difficult to start over again after retirement. A soldier starts comparing his status to those around him in society. This leads to further stress.