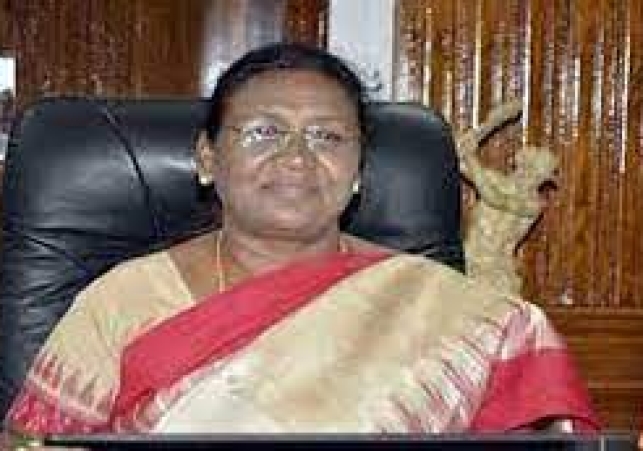 The ruling BJP-backed Meghalaya Democratic Alliance(MDA) to support BJP’s presidential candidate Draupadi Murmu in the upcoming poll.A senior member stated that a decision in this regard would be taken in a meeting of alliance partners soon.

Five Congress MLAs suspended for supporting the MDA are also expected to vote in favor of Murmu.According to sources, Meghalaya Chief Minister Conrad K Sangma has already spoken to most of the parties' leaders, suspended Congress MLAs in the MDA, and sought answers on whom the parties are supporting in the upcoming presidential election.

It was a long cherished dream of my Father, (L) Sh. P A Sangma to have a tribal President for our country. My best wishes to her.

Meghalaya chief electoral officer F R Kharkongor said the number and value of votes of MLAs and MPs are based on the population in 1971. He pointed out that the total votes of MLAs from Meghalaya is 1,020. Sangma, who holds post of national President of the NPP, is expected to convene the MDA meeting after returning from a tour of the flood-affected areas in South Garo Hills.

Murmu, born in Odisha’s Mayurbanj district, belongs to a tribal community. She also earned the spot of being the first tribal woman from Odisha to get appointed as a governor in Jharkhand. Now, if elected, the country will get its first tribal woman as the President. President Ram Nath Kovind’s five-year term ends on July 24. The Election commission has fixed July 18 as the date of voting. Counting of votes will take place on July 21.