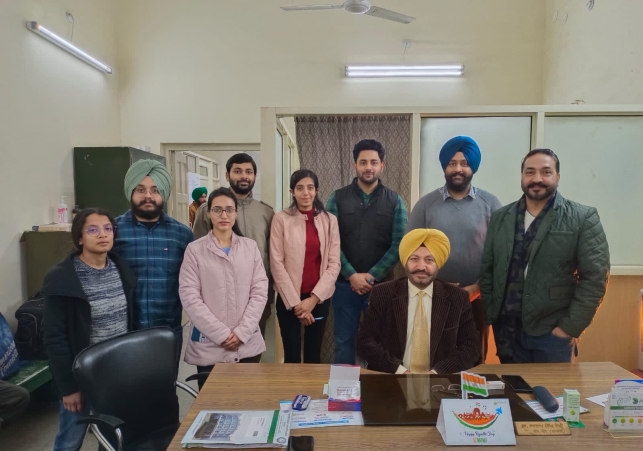 Patiala, 21 January: The team of doctors, lead by Dr. (Prof) HS Rekhi, also the Medical Superintendent of the hospital, operated upon a young 17 year old girl who had presented with a large complex cystic mass in her spleen. The girl had presented in severe pain & agony and was not able to sleep at nights as the mass was compressing upon the surrounding viscera & structures.
Dr. Rekhi informed, “ the girl was in despair. The mass, which measured around 35 x 30 cm and weighed 8-9 kg on removal, had displaced most of the splenic tissue & as such whole of it was removed alongside the spleen. Post operative the girl is recovering well.”
Such cases are extremely rare presentations. The mass she had, had a sudden increase in size over the past two months. With such a large size, patient can present with a variety of features due to compression of the surrounding organs. Also, there may be a sudden rupture leading to massive blood loss or even death. The surgery was the need of the hour and at this hospital we are performing such complex and rare surgeries.”
The parents of child expressed a sense of relief & gratitude at the prompt treatment and compassionate care received.
The father of the girl child said, “We had gone through a tough couple of months or so during which we had run from pillar to post at various private hospitals but no one was willing to proceed with the treatment. The team of doctors at Rajindra Hospital were very forthcoming in helping our child. The care & compassion of the team has been excellent.”

Raghav Chadha slams Rahul Gandhi, says 'Congress has been trying to rebrand you, but will fail again'