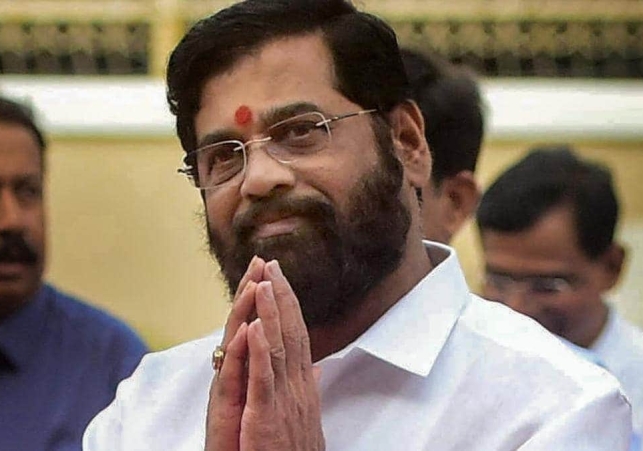 The political corridors of Maharashtra are currently brimming with speculations as a set of Shiv Sena legislators are warming up to the Opposition BJP. Shiv Sena MLA Pratap Sarnaik is the latest to urge Shiv Sena Leaders to now renew ties with their old partner Bharathiya Janata Party (BJP). While interacting with reporters on 22nd June, Sarnaik said, "I had at first mooted the idea that the Shiv Sena should go with the BJP."

Sarnaik, the MLA from Thane's Ovala-Majiwada constituencies is also currently facing a probe by the Enforcement Directorate(ED) in a money laundering case. A notable number of politicians and ministers of the ruling Maha Vikas Aghadi (MVA) government, which comprises the NCP, Congress and the Shiv Sena in the state, have faced ED action in the recent past.

The ruling Shiv Sena is currently going through a political crisis. The crisis was triggered following a revolt by a section of Shiv Sena MLAs led by Eknath Shinde. The crisis in the state unfolded after suspected cross-voting in Monday's Legislative Council elections.The Thane Strongman has never made his reservations about the MVA government public nor let his discontentment show in the last 2-3 years of the party's rule in the state. However, insiders suggest that Shinde had expressed discontentment with Uddhav Thackeray, expressing his frustration over the coalition's style of governance and its shortcomings.

Mr Shinde states that he is not breaking away from Shiv Sena and he wants to carry forward Sena founder Balasaheb Thackery's Hindutva ideology. "We have not left Balasaheb Thackeray's Shiv Sena and will not leave it. We believe in Hindutva," stated Shinde. Currently, 40 Maharashtra MLAs, led by Shiv Sena MLA Eknath Shinde, are in Guwahati. Eknath Shinde is also the Cabinet Minister of Urban Development and Public Works.

Shiv Sena leader Sanjay Raut on 22nd June stated said that talks are underway with MLAs who are with Eknath Shinde and added that everybody will stay in Shiv Sena. "Our party is a fighter, we'll struggle consistently; at most, we might lose power, but we'll continue to fight," said Raut. Minister of state Bachchu Kadu, who heads the Prabhar Janshakti Party, is also supporting Sena dissident Eknath Shinde.

In the next few days, the number of MLAs supporting Shinde is expected to go up to 50, including small parties and independents. Shinde needs the support of 37 MLAs - a two-third majority in his party - to split the party without facing disqualification under the anti-defection law.With the numbers on Shinde’s side increasing by each passing day, the chances are high of Uddhav Thckaeray Government falling