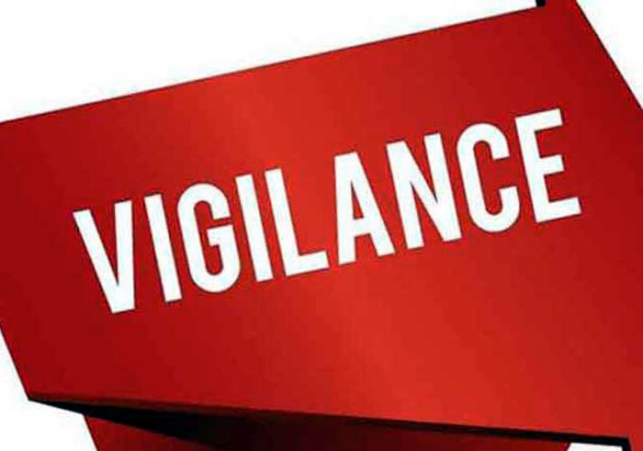 Chandigarh, September 15 : The Punjab Vigilance Bureau during its ongoing campaign against corruption in the state, has registered a corruption case against a Social Education and Panchayat Officer (SEPO) and three Panchayat Secretaries on charges of embezzlement in the funds of Gram Panchayat Manawa, Tarntaran district amounting to Rs 8,85,000. In this case the Bureau has arrested two Panchayat Secretaries.

Disclosing this here today, a spokesperson of the State Vigilance Bureau (VB) said in this regard the Bureau has registered a case against Lal Singh, SEPO, holding charge of Block Development Panchayat Officer (BDPO) Valtoha, Panchayat Secretary Rajbir Singh of Gram Panchayat Manawa, Village Development Officers (VDO) Paramjit Singh and Sarj Singh under FIR No. 16, dated 14.09.2022, under sections 406, 409, 420, 468, 471 and 120-B of I.P.C. and 13(1) (A), 13 (2) of Prevention of Corruption Act at Police Station VB, Amritsar. In this case, Panchayat Secretary Rajbir Singh and VDO Paramjit Singh have been arrested.

Giving more details, he informed that the above mentioned officials at the helm of affairs of Gram Panchayat Manawa, block Valtoha have auctioned village land measuring 24 Acres 07 Kanal 09 Marla on annual contract for farming for Rs 7,35,000 in the year 2019-20, but the amount of said contract had not been deposited in the bank account of Gram Panchayat Manawa till date despite paid by the contactor.
Apart from this, Lal Singh, BDPO and Rajbir Singh Panchayat Secretary, had auctioned the village land in question without following the instructions of the High Court and the Rural Development and Panchayats department as compared to the bid of Rs 7,35,000 for the said land. They have auctioned the same land to their favourite persons at a lower price of Rs 3,35,000 and Rs 2,50,000 respectively in the year 2020-21 and 2021-22.
In this way the above mentioned accused officials in connivance with each other had committed embezzlement by showing less contract amount to the tune of Rs.8,85,000 in the last two years. He added that a case has been registered against the four officials of Panchayat department and further investigation of the case is under progress.