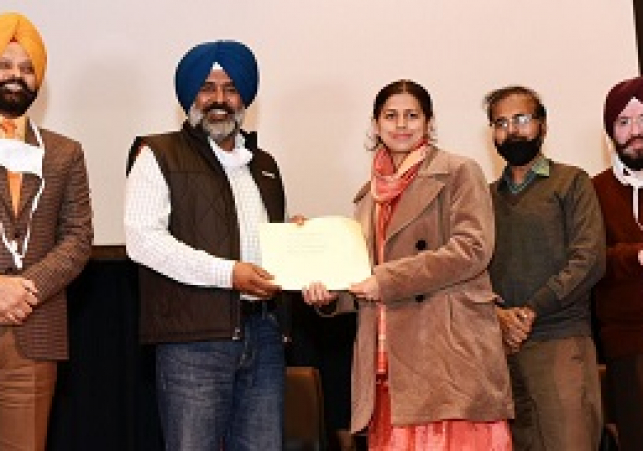 Living up to his promise, Higher Education and Languages Minister Pargat Singh on Thursday handed over appointment letters to newly recruited Assistant Professors and Librarians for the Government Colleges of the state.

This is a watershed moment for the Higher Education sector in the State as after 1996 i.e. a long gap of 25 years the regular appointments have been made, revealed the Minister.

The Minister on October 19 had promised to make recruitments to 1158 posts including 1091 posts of Teaching Cadre and 67 posts of Librarian in Government Colleges within 45 days.

“I wish the newly appointed teachers all the best and hope that they will take the higher education of Punjab to new heights,” said Pargat Singh.

He also congratulated the entire team of Guru Nanak Dev University, Amritsar, Punjabi University, Patiala and the officials of the Higher Education department for completing this recruitment process in a record time. This entire recruitment was done on UGC guidelines, he added.

Meanwhile, the posts of Assistant Professors are being filled in the Government Colleges of Punjab after two and a half decades.