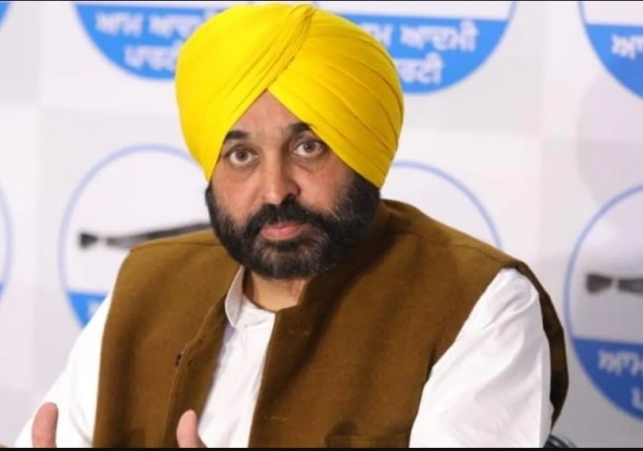 SAYS NEW BUS STAND TO BE OPERATIONAL BY APRIL 1

Patiala, January 20- Asserting that despite of being power centre Patiala lagged behind in process of development due to vested interests and greed of the successive rulers, the Punjab Chief Minister Bhagwant Mann on Friday said that those in power decorated their own palaces at the cost of dilapidation of the city.

The Chief Minister, while interacting with the media after reviewing the progress of development projects worth Rs 167 crore in the city, said that it is ironic that the ‘Maharajas’ in power were more concerned about their own development rather than that of the city. He said that though Patiala was known as ‘City of gardens’ but due to apathy of those in power the city lost its shine in the last few years. Bhagwant Mann bemoaned that the rulers of Punjab, who hailed from Patiala remained callous about the development of the city.

The Chief Minister said that work on the majority of these projects including construction of new bus stand, roads, drain channelization and beautification project, construction of digital library at Musafir Memorial Central state library and others have been hanging in fire since long. However, he said that his government, which is committed to the development and progress of Patiala, has put these projects on fast track mode. Bhagwant Mann said that the work on the state of the art bus stand which is being constructed to cope up with the futuristic needs will be completed by April 1st.

The Chief Minister said that 93% work on this bus stand, which will have facility of lift, ramp and stairs, has already been completed. Bhagwant Mann said that once operational 1500 buses will ply from this bus stand and will facilitate the residents a lot. He said that the existing bus stand will be used as a city bus stand adding that shuttle bus service to various parts of the city will be introduced.

The Chief Minister said that Rs 20 crore are being spent on ensuring 24X7 canal water supply to the city residents adding that work for channelizing and beautification of model town drain will be completed by March 31st. He said that the Rajindra Tank will be developed into a tourism spot for attracting the people from across the globe. Likewise, Bhagwant Mann said that Rs 8.26 crore is being spent on digitalisation of the Musafir Memorial Central State library.

The Chief Minister also announced that the work on all these projects will be completed in a time bound and result oriented manner. He said that any sort of delay in the completion of these projects is totally unwarranted and undesirable. Bhagwant Mann said that responsibility of the officers will be fixed if the work is not completed within the stipulated time.