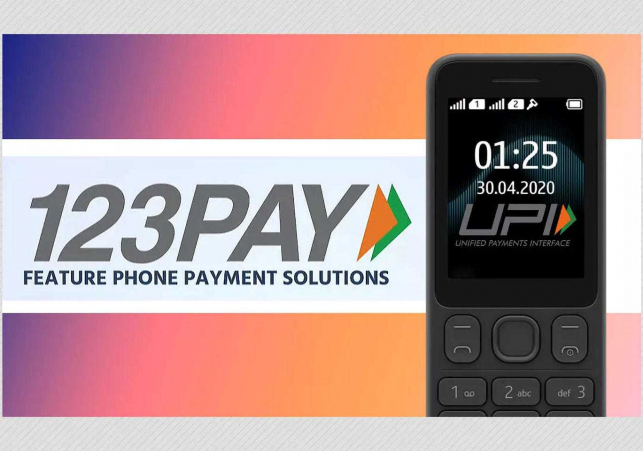 With more than 40 crore users of feature phones in the country, the Reserve Bank of India (RBI) has launched 'UPI123PAY' that will help the users of such phones to use Unified Payments Interface (UPI) facility without internet.

UPI is a real-time payment system developed by the National Payments Corporation of India (NPCI) that helps in the immediate transfer of money between two bank accounts through a mobile phone application, but now with the introduction of UPI facility for feature phone users by RBI they can also use it without internet for merchant or person-to-person transactions and variety of other things.

Launched in 2016, UPI emerged as one of the highly used digital payments platforms of India. In the current fiscal year, the UPI transactions accounted to the tune of Rs 76 lakh crore which is Rs 35 lakh crore more transactions than last fiscal year.

Earlier, the RBI had also launched the short code *99# through which UPI could be accessed by the feature phone users but it didn't get popularity among the masses.

To use UPI123PAY you just have to follow three simple steps that are Call, Choose and Pay.

One of the simplest ways to use the UPI123PAY  is by using IVR service. To know how to use this feature, you can follow these steps:

Step 1: Dial the number 08045163666 from the phone.
Step 2: Select your preferred language.
Tap on the ‘1’ key on your phone to transfer money.
Step 3: Select the bank paired with UPI by saying the bank name.
Step 4: Tap ‘1’ key to confirm the details.
Step 5: Tap the ‘1’ key to send money by using your mobile number.
Step 6: Enter the mobile number.
Step 7: Confirm the details.
Step 8: Enter the amount that you want to transfer.
Step 9: Enter your UPI PIN and authorise the money transfer.