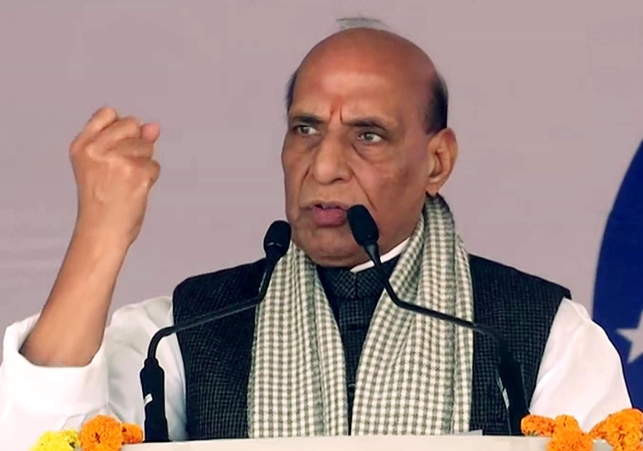 Protests against the Central Government’s new ‘Agnipath’ scheme is raging across several states in the country.Defence Minister Rajnath Singh is the latest to speak up on it

He says the scheme was announced after wide-ranging consultations with stakeholders.The Minister who strongly defended the new military recruitment model says the scheme will bring revolutionary changes in the enrolment process for soldiers, stating that there will be no compromise on the quality of army training to be imparted to the personnel/Agniveers to be recruited under the scheme.

In order to further clear the air on Government’s lack of conulttaion with stakeholders before scheme launch,Rajnath stated that the Agnipath scheme was announced after around two years of deliberations including with the ex-servicemen community “We wanted that there is a sense of discipline and pride for the country among the people," said the Defense Minister.

The defence minister didn't shy away from slyly suggesting that some of the protests against the ‘Agnipath’ scheme could be based on political motives. “There are many issues to show any political party in poor light. But whatever politics we do, whether remaining in the opposition or in the government, it is always for the country," he stated

The scheme provides for a 4 year tenure on a contractual basis however does not offer pensions and other similar benefits that regular soldiers are given.The four-year tenure will have around two-and-half months to six months of training periods. In his address, the Defense Minister also said that the Indian armed forces are ready to deal with any security challenges facing the country.

The defence minister added the personnel to be recruited under the ‘Agnipath scheme’ will be given priority in the selection for several jobs by state governments, private industries, public sector undertakings and paramilitary forces. He also said the government will facilitate providing loans at a low-interest rate if they need additional resources to start new ventures after the 4 year period. Agniveers will be offered a financial package of Rs 11.71 lakh as ‘Seva Nidhi Package’ after completion of the four-year tenure. The financial aid will exempted from Income Tax.In order to pacify the protest erupting across country aginsthe scheme,the Central Government on thursday increased the upper age limit for recruitment under the scheme to 23 years from 21 for this year.