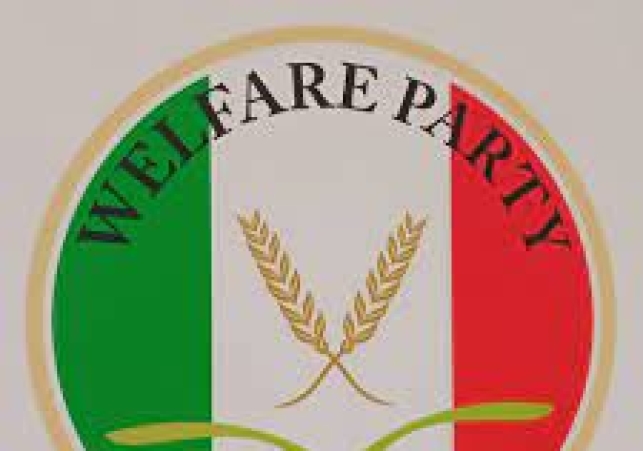 The Welfare Party of India is now at the centre of media attention; its Central Working Committee Member Mohammad Javed was arrested last week for his alleged involvement in the recent Prayagraj violence in Uttar Pradesh.The Welfare Party, since its leader's arrest, has come out in his support and has issued several statements rubbishing allegations being faced by him and calling the police's action against him "illegal." What exactly is the Welfare Party of India? Let's Dive In!

The party was founded on 18 April 2011 and is currently headed by Qasim Rasool Ilyas, a member of the All India Muslim Personal Law Board. Ilyas is also the father of ex-JNU student leader Umar Khalid, who has been in judicial custody as an alleged accused in the 2020 Northeast Delhi riots.The party was launched by Jamaat-e-Islami Hind to create an atmosphere for "issue-based welfare politics" in India.

The party, according to the Election Commission of India (ECI) website, is listed among the "registered (unrecognized) parties." As per the Election Commission data, it contested two seats in the 2019 Lok Sabha polls and got 23,035 votes. The party had then contested the Jangipur seat in West Bengal, where Ilyas got 1.32 % votes, and the Cooch Behar seat, where its candidate Dhananjoy Barman secured 1,733 votes. In the 2014 polls, the Welfare Party of India fielded Monirul Islam against former President and Congress veteran late Pranab Mukherjee's son Abhijit Mukherjee, but Monirul only managed to secure 9,476 votes. The party has won a substantial number of seats in local body polls in several states, including Kerala, Karnataka, Rajasthan, Maharashtra, and West Bengal.

Fraternity Movement is the students' wing of the Welfare Party of India with a notable presence in regions of in Kerala and Delhi. Afreen Fathima, the Muslim Activist whose house was razed to the ground for her father's alleged involvement in the violence, is the National Secretary of the Fraternity Movement. She was the Fraternity Movement's candidate for the post of Afreen councilor in the Jawaharlal Nehru University student union elections in 2019.

Afreen Fathima won the election with a safe margin. She was a candidate from Fraternity Movement - BAPSA alliance; Afreen strengthened the call for the "unity of the oppressed communities" and raised the issues of discrimination, representation, and identity assertion. Several Fraternity Movement members have been arrested in the past for their involvement in protests, including Anti-CAA rallies. Ayesha Renna, for example, a history student from JNU and Fraternity Movement leader, was one of the strongest voices in the Anti-CAA movement.

Their relevance now also stems from the fact that several peole tend to frame Fraternity Movement activists as Maududi's.Many people derail the needed discourse on the increasing muslim violence by questioning the ideological alliance of muslim activists.For eg Aysha Renna who was lathi-charged for protesting against UP Demolition in Kerala was accused of being 'Islamic Sangh Parivar' for her involvment in the Fraternity Movement.