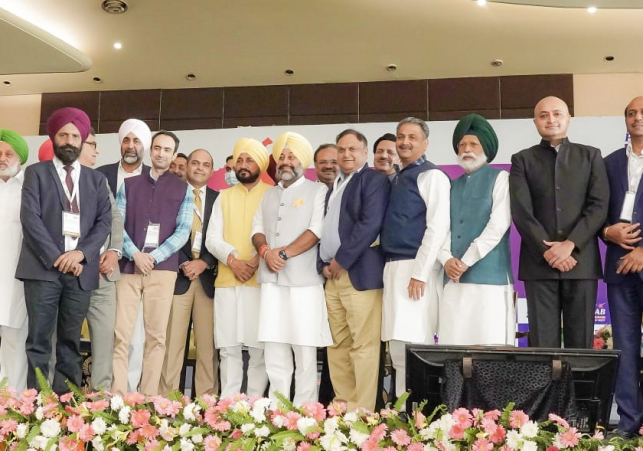 In a much needed reprieve to trade and industry of the state, the Punjab Chief Minister Mr Charanjit Singh Channi on Wednesday announced to scrap 40,000 pending cases of VAT, out of total 48,000 cases related to  Financial Year 2014-15, 2015-16 and 2016-17, against traders and industrialists across the state.

Addressing a galaxy of industrialists, traders and prospective entrepreneurs on the 2nd day of 4th Progressive Punjab Investors Summit on the theme of ‘A story of Partnership, Delivery & Growth: Investors Reassured’ here, the Chief Minister however said that only 8000 remaining cases will be settled amicably by asking the concerned traders/ industrialists to deposit just 30% of the total outstanding tax liability thus saving them from lot of inconvenience caused to them on this count. By giving a further relief to them, he announced that they will only have to deposit 20% of the aforesaid tax liability during current fiscal and the balance 80% by the next. CM Channi categorically said that this industrial friendly initiative will go a long way in boosting their morale to invest in a big way adding he said that the state government will act as a facilitator to promote industry at new heights of glory.

Assuring of the best air connectivity to boost economic activity in the region, the Chief Minister also announced to lay the foundation stone of upcoming Green Field airport at Halwara (Ludhiana) on November 15 and said that prestigious airport will be completed within a period of eight months.

Reiterating his government’s firm commitment to create a conducive ecosystem for ease of doing business in the state, the Chief Minister assured the trade and industry of fulsome support to emerge Punjab as the front runner state not within the country but across the globe.

Listing the major initiatives to repose confidence amongst the industrialists and traders to give further impetus to industrial growth, the Chief Minister further said that the Punjab government has already okayed several pro-investor initiatives and concessions to boost trade and industry in the state in a specially convened Cabinet here today at the industrial capital of the state. He said that the state government has allowed faceless assessment of GST and VAT due to which now the traders and industrialists need not to present themselves physically before the taxation officers anymore. CM Channi further said that mobile squad earlier comprising of 14 persons has also been reduced to only four in Taxation department adding that Institutional Tax in vogue since 2011 also stands abolished for promotion of trade and industry in the state.

The Chief Minister further said that fixed charges on electricity connections for Medium Scale Industries have been slashed to 50%. He said that Rs.150 crore will be spent on the up-gradation of the infrastructure in the Industrial Focal Points. In another investor friendly initiative Mr Channi also announced to relax the condition of reducing the passages to industry from current 6 to 4 karam to encourage industrialists to set up their units in a hassle free manner. He also announced that state government will soon simplify the procedure for Change of Land Use to facilitate the entrepreneurs and industrials for setting up their ventures seamlessly.

The Chief Minister further said that to boost economic activity in the borders district of the state the Punjab government will acquire requisite land for Patti-Makhu rail link and hand over to the Ministry of Railways, GoI before ensuing budget. He also said that to encourage trade from across the border an Exhibition Centre will be set up at Amritsar. CM Channi also said that to give a major fillip to entertainment industry in the region the Punjab government will set up a Film City near Chandigarh to promote Punjabi art, culture and music.

In his address Industries Minister Mr Gurkirat Singh kotli welcomed all the dignitaries. He said that due to visionary leadership of Chief Minister Channi industrial growth has got a major fillip in the state. He said that Punjab has today emerged as a hub of industrial activity due to concerted efforts of the state government.

The Minister envisioned that Ludhiana will further emerge as a hub of industrial activity.  He said that ease of doing Bussiness and invest Punjab has got major thumbs up by the investors. Mr Kotli said that Congress government is committed for overall growth and prosperity of the state.

While proposing a vote of thanks PWD Minister Mr Vijay Inder Singla lauded the Chief Minister for his gar sighted and pro-investor approach to take state’s industry to new zenith.

Meanwhile, Chairman of Malhotra group Ms Meenu Malhotra firmed up an investment of RS 1600 crore in real estate sector and Vice Chairman and MD Vardhman Textiles Ms Suchita Oswal Jain announced her company’s expansion plans worth Rs 400 crore in state. Apart from this Vice President International Tractors Mr AS Mittal announced to set up another state of the art Tractor factory in the state.

On the occasion, the Chief Minister also digitally inaugurated offices of District Bureau of Invest Punjab across the state. He also released a compendium of reforms highlighting the path breaking initiatives taken by invest Punjab to boost holistic growth of trade and industry. 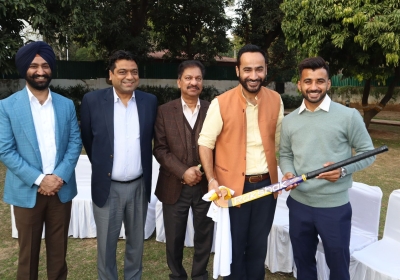