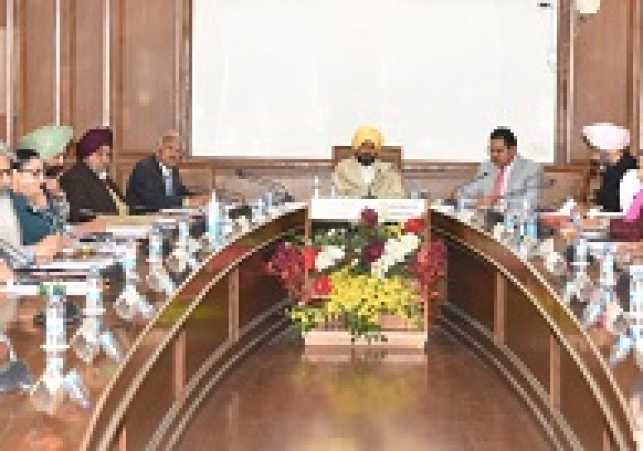 Chandigarh, December 1: The Punjab Cabinet led by Chief Minister Charanjit Singh Channi on Wednesday accorded approval for implementation of the Chief Minister Scholarship Scheme in Higher Education for government colleges in the state.

The scheme would help the bright poor students particularly of general category besides helping to further improve the Gross Enrollment Ratio (GER) in the Higher Education which is very at low at present. The scheme would involve annual financial implication of Rs. 36.05 crore.

This concept shall be payable only if a student clears the examination in all subjects. In case a student has not passed in any subject despite the fact that he or she may have obtained marks which made him/her eligible to obtain the scholarship otherwise, he/she shall not be considered for scholarship under the scheme. Scholarship scheme shall be applicable to the students studying in the Under Graduate as well as the Post Graduate Courses, added the spokesperson.